Are you reinforcing bad behaviours?

Did you know that you just might be (unintentionally) reinforcing the very behaviours that you are trying to stop?

But wait, what does reinforcement really mean anyways? There are many terms used in the dog training world, and one of the most popular ones is reinforcement (specifically positive reinforcement).  However, many pet owners don’t actually know that it is so much more than just using treats to get your dog to sit. 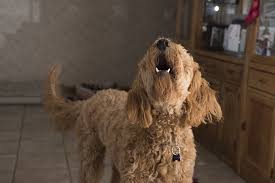 The Merriam-Webster definition of reinforcement is:

1: the action of strengthening or encouraging something
2: something that strengthens or encourages something[distance1]
In other words, when you reinforce a behaviour (either using positive or negative reinforcement) you are increasing the frequency of the behaviour.[distance1]
Traditionally, many trainers will talk heavily about positive reinforcement and default to food as the reinforcer. Ask your dog to sit, and give them a piece of food for doing it. Very simple example of positive reinforcement. But what if I told you that positive reinforcement is actually more complicated than that. In fact positive reinforcement is the act of adding something the dog likes, to increase the likelihood that he will do that behaviour again. So what most people don’t know is that depending on your dog, what he likes could be a variety of different things. Some examples would be; you giving eye contact, talking to them/giving them attention (even if it is yelling at them), or touching them. In fact, sometimes the dog is able to self reward even if you don’t give them any of those things. But we will discuss that further along.[distance1]

So lets use the dog who whines constantly. You may have tried ignoring but at some point you caved and said “what’s wrong Fido”? Or maybe you said nothing but you looked at him every time he whined. So when we respond this way, we are actually reinforcing the behaviours because their action resulted in us adding something they like. Which then increases the likelihood of that behaviour happening again. And again. And again…[distance1]

Another really great example of unintentionally reinforcing a behaviour, is when a dog jumps on you. Usually it looks something like this; dog jumps, human makes eye contact, while simultaneously yelling “OFF”, “DOWN”, “NO JUMPING”, AND attempting to push the dog off with their hands. Sometimes, the human then steps back to avoid being jumped on, or turns around to “ignore” until the dog stops. In this scenario, the dog is likely getting reinforced for jumping through eye contact, touching, and talking (even if yelling). However, like everything there are exceptions to every rule. If you have a soft or nervous dog, those things might not be reinforcing for that particular dog and may actually be punishment. When the human steps back from a dog jumping the dog likely will see it as a game or challenge to try again which is self rewarding. If you just ignore by turning around, you are giving your dog permission through omission and the dog is again self rewarding by just doing the act of jumping because they enjoy it.[distance1]

So, if you are struggling with some unwanted behaviours think about how you could be unintentionally reinforcing them with something you may not even realize they find rewarding. Remember, dogs only do what works (for them) so if jumping on you gets them something they like they will continue to jump on you![distance1]

If you need help with these behaviours contact us today and find out how our private dog training programs can teach your dog to become a well behaved family member today!